Le Festival Electron is pleased to present you “The Ship”, the very first solo exhibition in Switzerland. 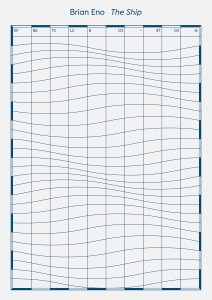 Jérôme Soudan, Artistic Director of Festival Electron, and Michele Robecchi and Anny Serrati, curators of the exhibition, are pleased to invite you to the opening reception of Brian Eno The Ship.

The Ship was officially premiered in Stockholm in September 2014 and will be presented at Le Commun – BAC in Geneva in an entirely different configuration.